nicholas b jacobsen
southwestern Utah
This is the land I was raised on, by, with, and because of. It exists between the edges of the Colorado Plateau, Great Basin, and Mojave Desert. Because of its inbetweeness, it holds a unique ecology and a dramatic landscape. This area is part of the homeland of the Nuwuvi (Southern Paiutes) and the See'veets eng (Shivwits) band continue to reside there. The muddy Virgin River, a tributary of the Colorado, flows out from the canyons of Zion National Park and passes through the town I was raised with/in. 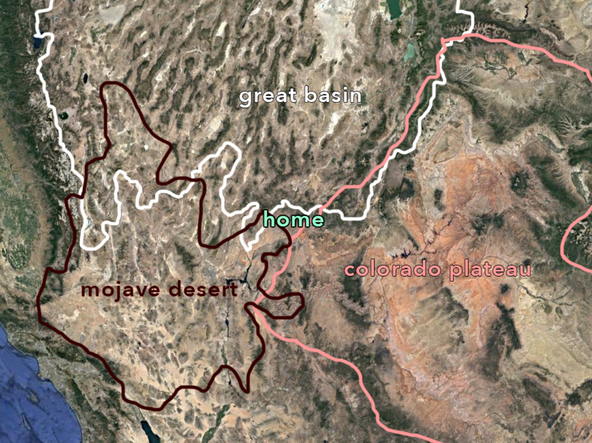 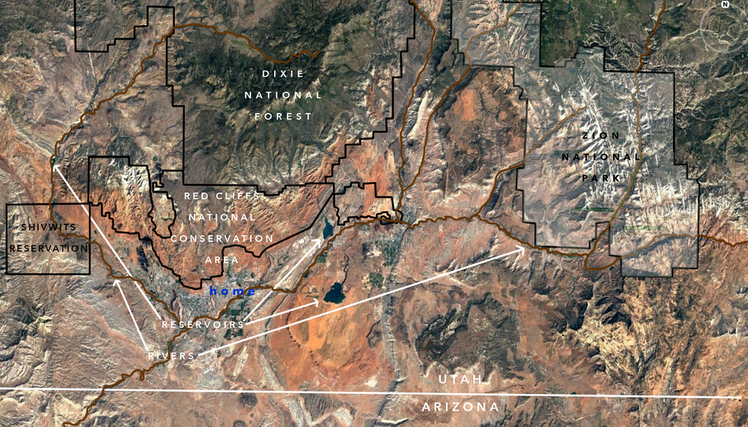 satellite view with Zion National Park, Dixie National Forest, Red Cliffs National Conservation Area, and Shivwits Reservation outlined
Near the mid-1800's, LDS colonists were sent there to attempt to grow cotton and other aridclimate plants. There were a number LDS migrants from the Southern States of the U.S., and they named the area "Utah's Dixie," which is the namesake of Dixie National Forest and Dixie State University. In 1993, the college officially disavowed the confederate flag and in 2005 abandoned it's use of 'Rodney the Rebel,' a confederate soldier, as their mascot. This is where I started college in 2001.
see also: acknowledge, decolonization, Deseret, ebb / flow, Great Basin, home, map, migration, Red (Cliffs National Conservation Area), rocks / stones, spiritual experience, there / their, Ut(ah/opia), under / inner 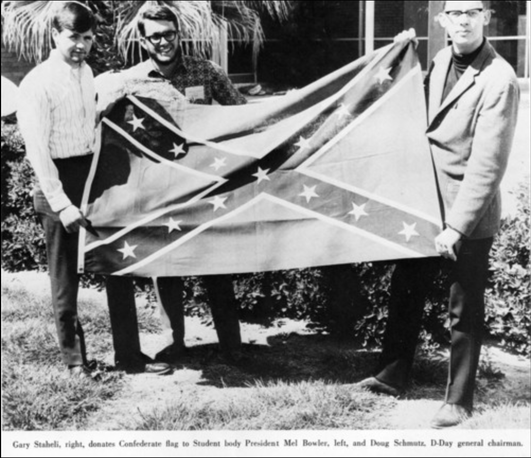 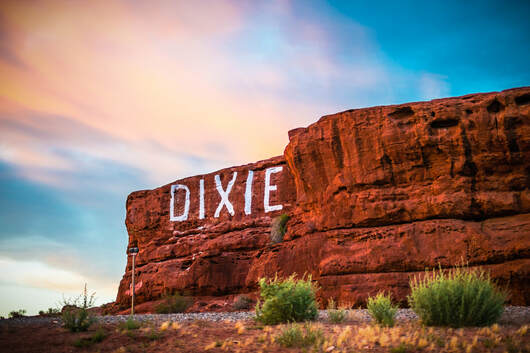 Recent picture of 'Dixie Rock', or sugarloaf, painted by Dixie High School students every year since the 1910's