nicholas b jacobsen
rocks / stones
Humans do "not live by bread alone; [they] exist, on, by and because of rocks. The planet earth, which is...home, is...a huge, bulging ball of rock, partly covered by water and surrounded by a mixture of gasses known as the atmosphere." - The Rock Book
Rocks hold a "power to hold things, called attraction." They are billions of years old and constantly cycle around between, solid, granular, and liquid. They are often worn down by water, lichen, ice, and their own weight.
Rocks also hold the power of attraction for me. When I was first learning specifics about ongoing biological annihilation and coloni(zation/ality), I was overwhelmed by the seemingly unendableness of these. While in Embudito Canyon I felt the need to be held by the rocks. The weight I was feeling made me want to be a rock, to just sit and hold that weight, slowly, for a long time. I wanted to be a rock, but I couldn't remember how. 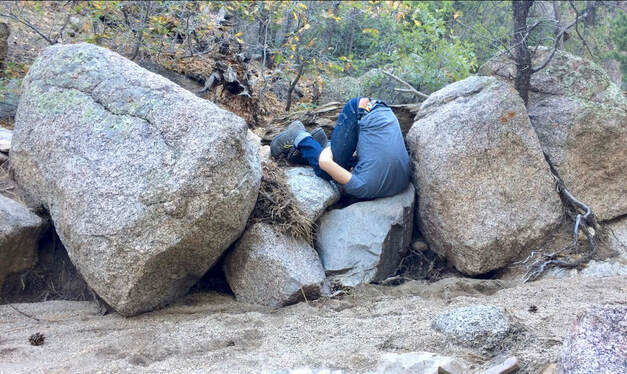 sometimes i want to be a rock and i can't remember how. 2018
​So I practiced.
I also wanted to help others to (practice) be(ing) a rock. I hoped that those I shared this with would also be able to find their own rockness and feel more connected to these beings that we exist on, by, with, and because of. I thought this would help them also be able to slow down and sit with their own unsettling weights. 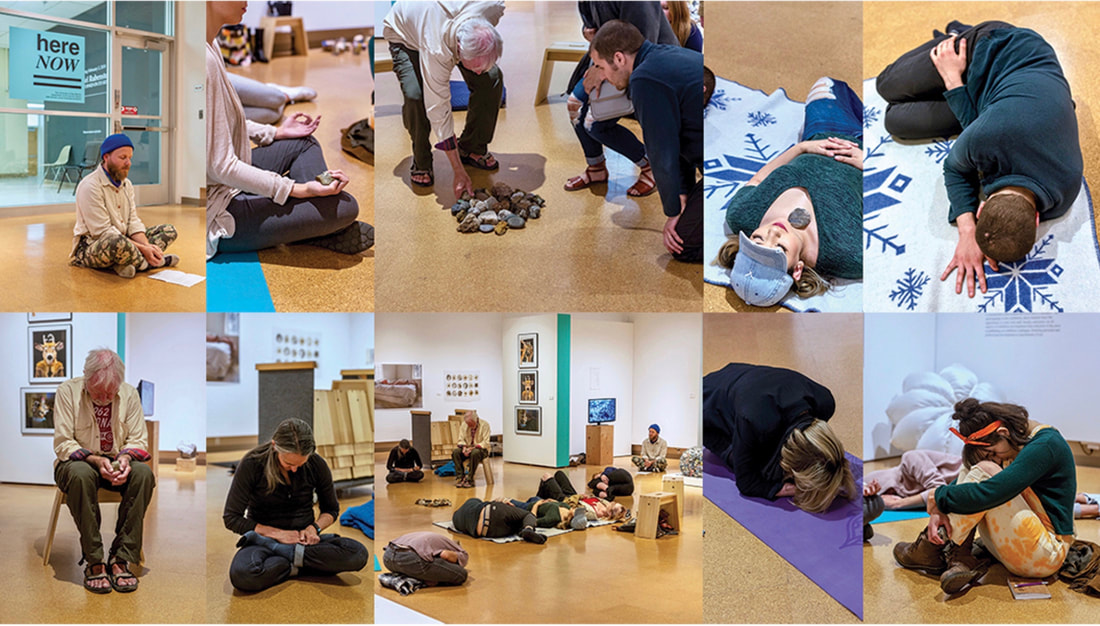 to (practice) be(ing) a rock. 2018
While on Land Arts, the rocks of southern Utah held me in between a rock and a home place. I recorded these experiences on the edge of Cedar Mesa, where its rocks were falling away being pulled by its own attraction, down toward the San Juan River in the canyons below. Over this edge I was held between the rocks, feeling my own inbetweeness as I lived again in Utah, albeittemporarily. Utah is a rocky inbetween place for me. I am an eighth-generation Utahn. It is my home, and not my homeland. Utah is also no longer my home, because I divorced from Mormonism and was then divorced by the culture. Utah is my home. I re-formed my spirituality there with its red rock formations. Because of this tension, I wanted to be held by the rocks, asking them again to help me hold my own unsettling density. 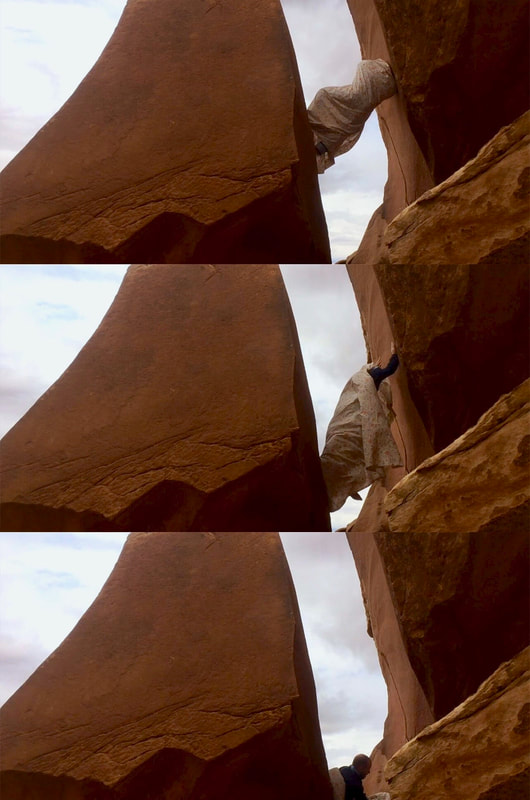 stills from, between a rock and a home place. 2018