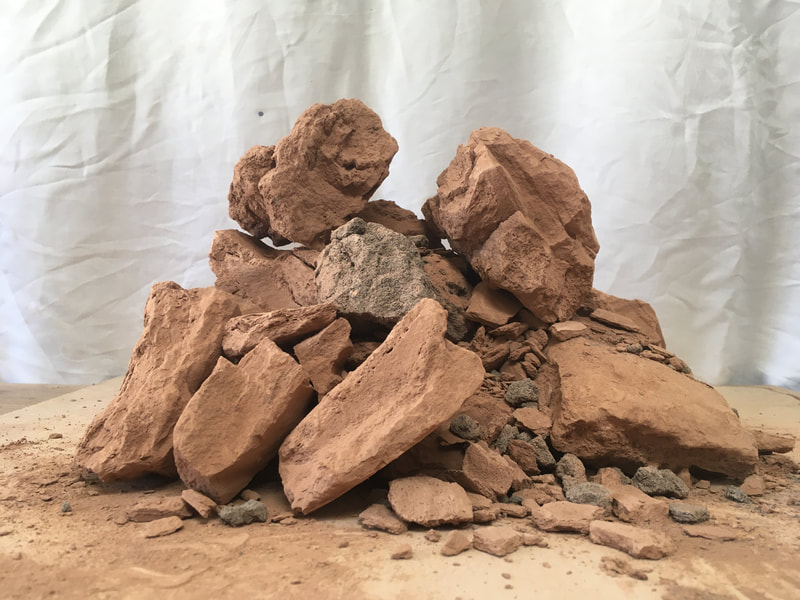 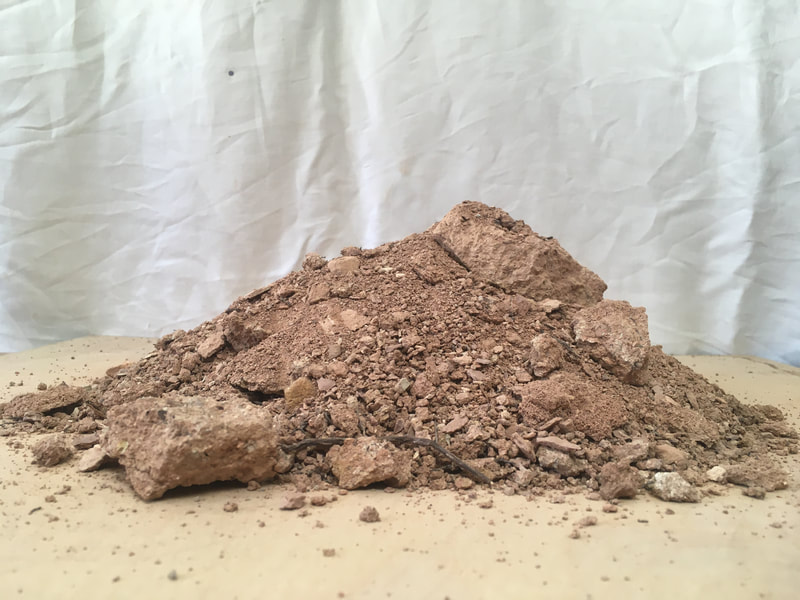 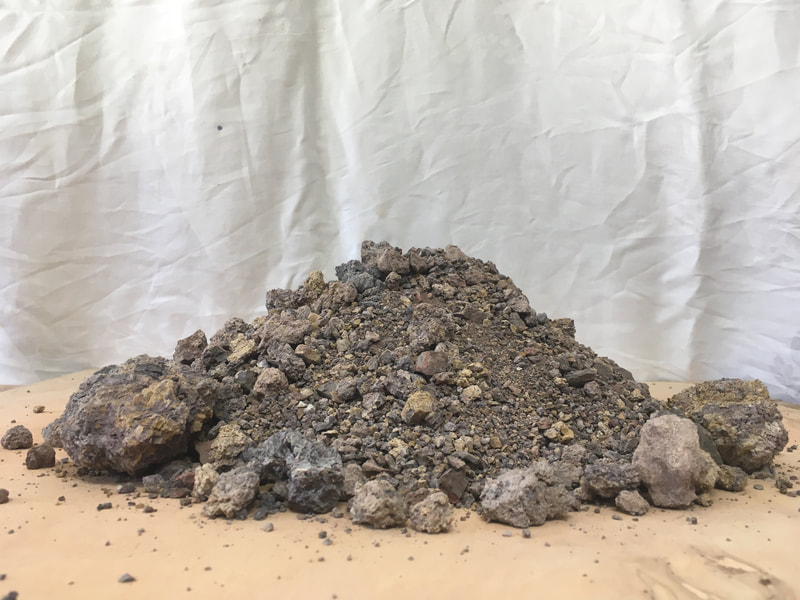 After gathering the clay from Nuwu (Southern Paiute), territory I process it as I was taught by Clarence Cruze in his Pueblo Pottery course. I slake the clay by adding equal parts (by volume) of Tiwa (Pueblo) water (from the Rio Grande where I live in Albuquerque, NM) to the dry clay. Then I pour the super liquid clay, called slurry, through paint screen bags to separate the heavier materials from the clay. Clay is one of the finest particles of decayed rock, so it passes thru the mesh of the paint screen bag along with fine sands and water, while the coarser sand, stone, and organic stuff gets caught. Then I pour the clay into these little cloth-lined baths to dehydrate until the clay reaches a workable level of water content. 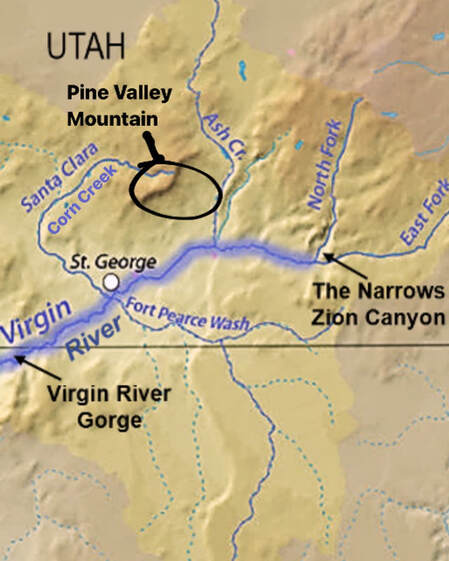 I gathered these clays from the three major tributaries of the river that I spent a lot of my life playing in (which would be a creek anywhere east of the Rockies).
The convergence of the Fort Pierce Wash, Corn Creek (Santa Clara River) and Virgin River was a farming site for the Tonaquint band of Nuwu. This band no longer exists because so many of the Tonaquint people died/were killed when my people, Utah Mormons, diverted Nuwu waters and took over the most fertile parts of their land as part of a mission to grow cotton during the US civil war.
There are still tools, structures, and cultural materials in this place, but it is not currently protected. there is however a park near that site called Tonaquint Park. I wonder how many St. Georgians know why that park is named "Tonaquint". (I found no information about the Tonaquint people or a land acknowledgement on the City of St. George website.) 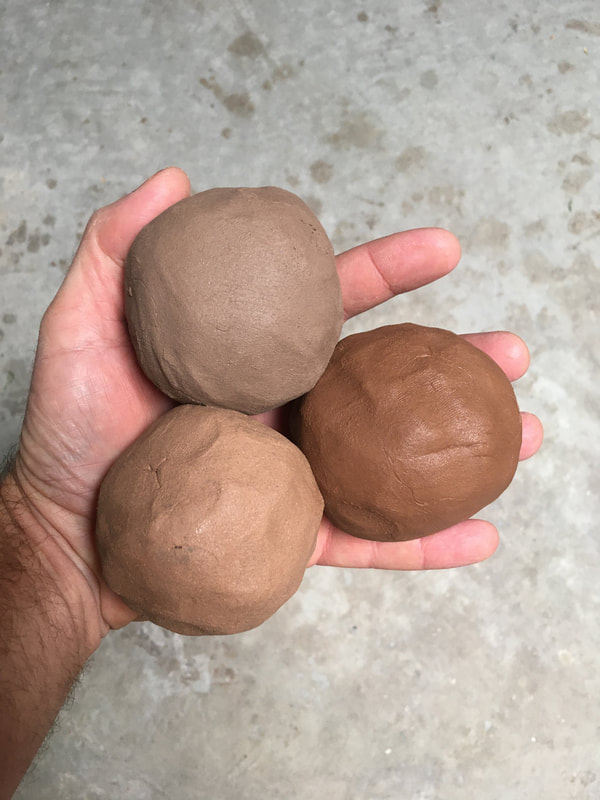 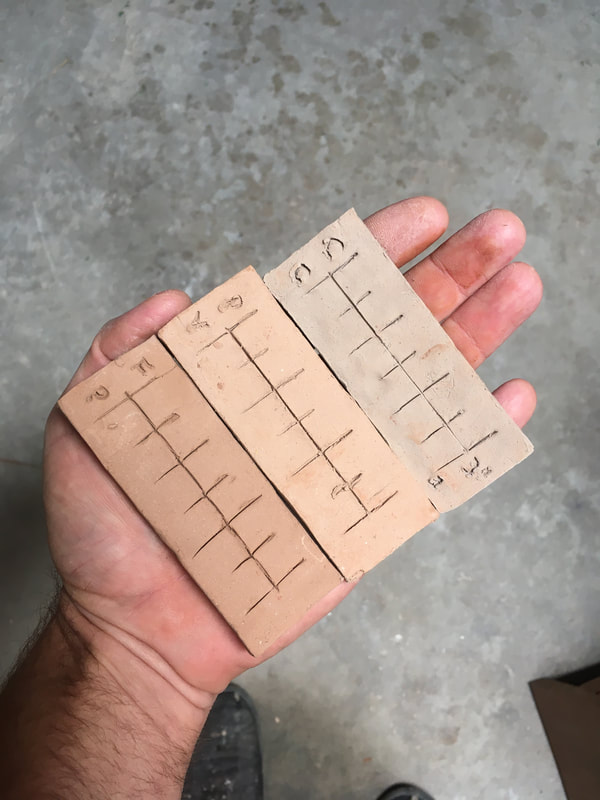 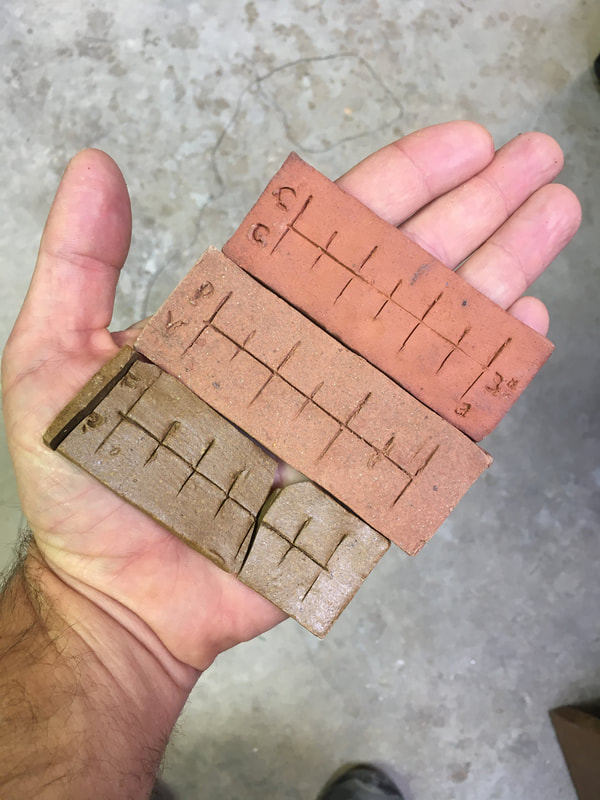 Once the clay has reached a workable level of wetness, I form these little tiles to test how much the clay shrinks from wet to fully-fired and whether or not the clay will melt in the kiln (which reaches temperatures of ~2200 degrees fahrenheit). Notice how much the clay color changes from wet, to dry, to full-fired. The bottom tile melted in the kiln which is why it is broken and glossy. It’s clay was gathered from the basin of the dry Fort Pierce wash. Clay found in low places often melts at lower temperatures. I mixed that clay with the Pine Valley Mountain clay hoping the high clay and the low clay will be stronger together.