These white supremacy in my body  posters were made as part of a project organized by Showing Up for Racial Justice (SURJ).  SURJ is a national network of groups and individuals working to undermine white supremacy and to work for racial justice through community organizing, mobilizing, and education. For this project, artists of all media were invited to make art focused on moving white people into action against racism.  https://www.whiteartistsforracialjustice.org/ 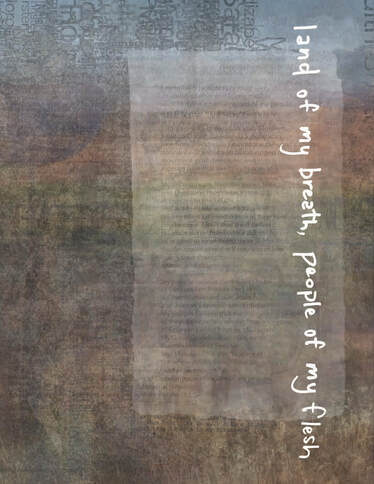 land of my breath, people of my flesh
is a partial record
of my people and the lands I was raised with/in.
My family has been Mormon and Utahn
for as long as either of those two
things have existed.
All of my direct ancestors were in Utah by 1884
and they never left.
I was born in 1984,
raised on Nuwu (Southern Pauite) lands
in a place my people call Dixie.
But this is not the land my flesh evolved with.
This is not the place
from which my language emerged.
I am in love with with this land, the land that raised me.
I am in love with someone else's homeland.
READ "land of my breath, people of my flesh"
LITHIC RECORD
Emerging from Deep Time Lab, The LITHIC RECORD is an ongoing collaborative project by nicholas b. jacobsen and Nina Elder in which the voices of disrupted geology emerge through interviews, visual and audio documents, and multisensory installation. Forthcoming as a chapter in “Ventriloquism and Contemporary Art,” jacobsen and Elder excerpt interviews into creative transcriptions accompanied by visual translation of geologic truths. 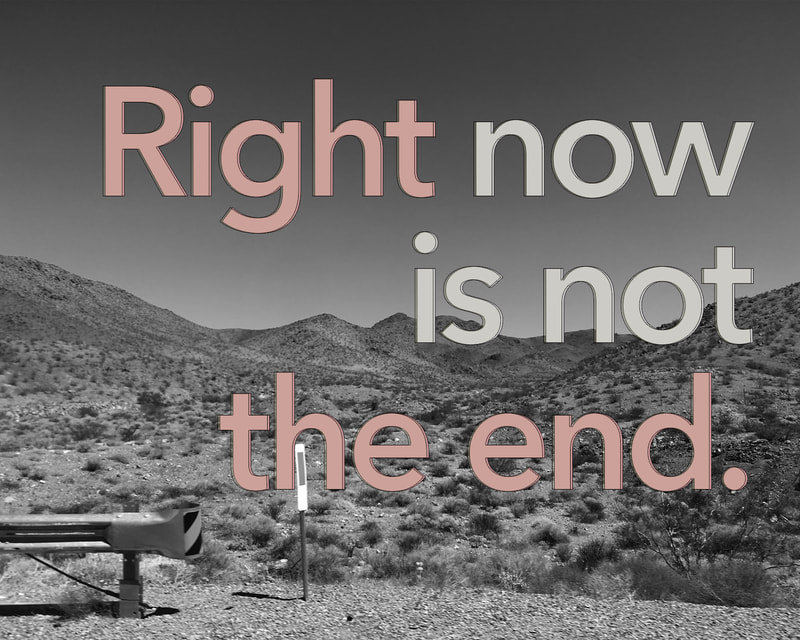 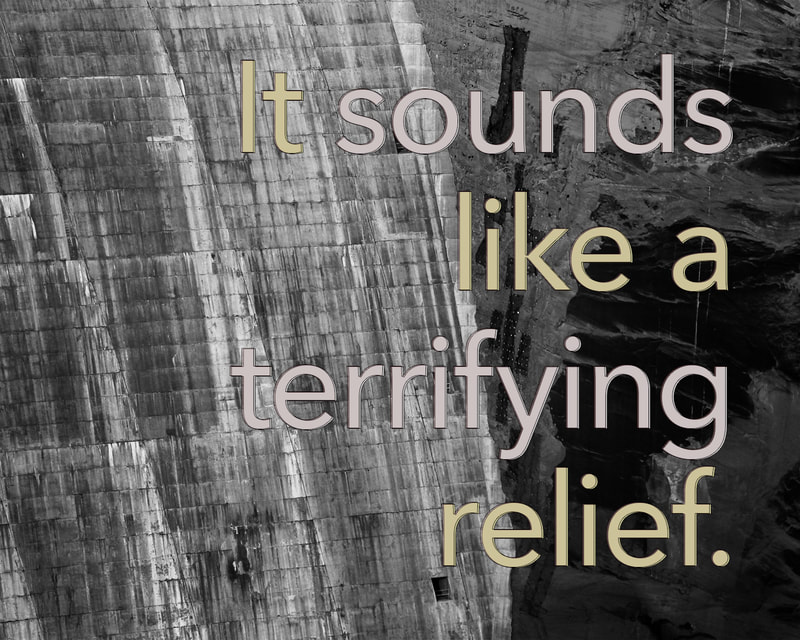 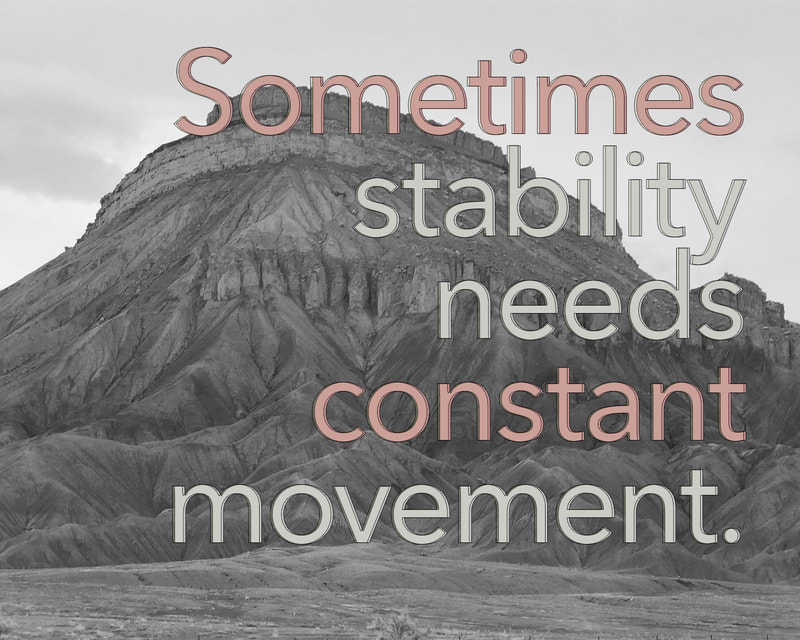 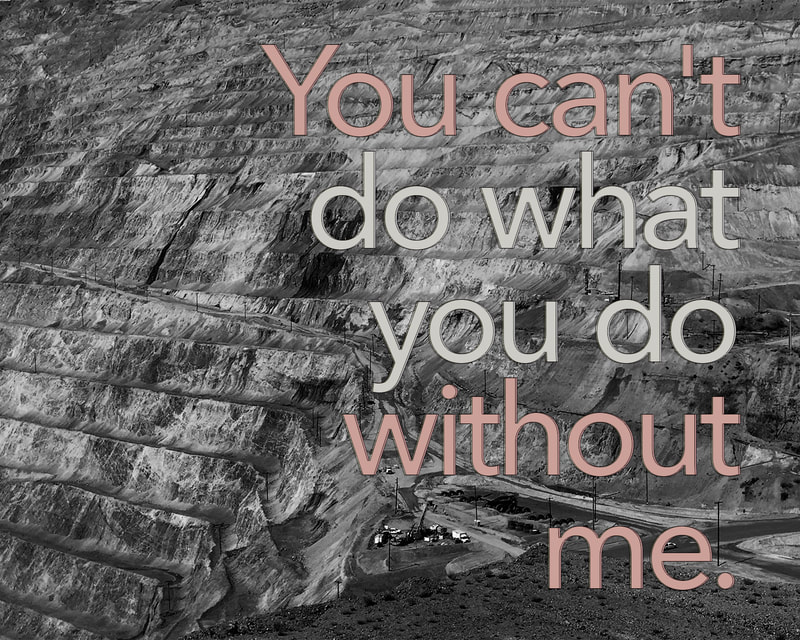 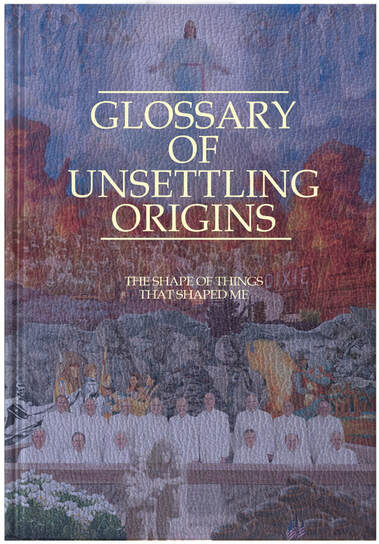 Glossary of Unsettling Origins: The Shape of Things That Shaped Me
is a series of texts organized as a glossary.
This body of text contains early research on
my personal and ancestral histories
with the land I was raised with/in
at the intersections of Mormonism,
settler-coloniality, Whiteness, and American-ness.
This writing led to the exhibition, from.
READ "Glossary of Unsettling Origins"
"The Living Planet Index has shown an overall decline of
​60% in species population sizes between 1970 and 2014."
(Living Planet Report, 2018)
"Conversely, these animals may be assumed to be
abundant because of theiromnipresence in our culture."
(Paradoxical Extinction, 2018)
(details of) the magic of this place
the magic of this place is a zine created in collaboration with the
Greater Chaco Coalition, Land Arts of the American West, and Asha Canalos.
READ "The Magic of This Place"
sedimented stories
is a found-object poem with a bibliography.
transcendental extinction on the organ mountains
is written by nicholas b jacobsen and illustrated by laura c carlson
imagining ungroundedness